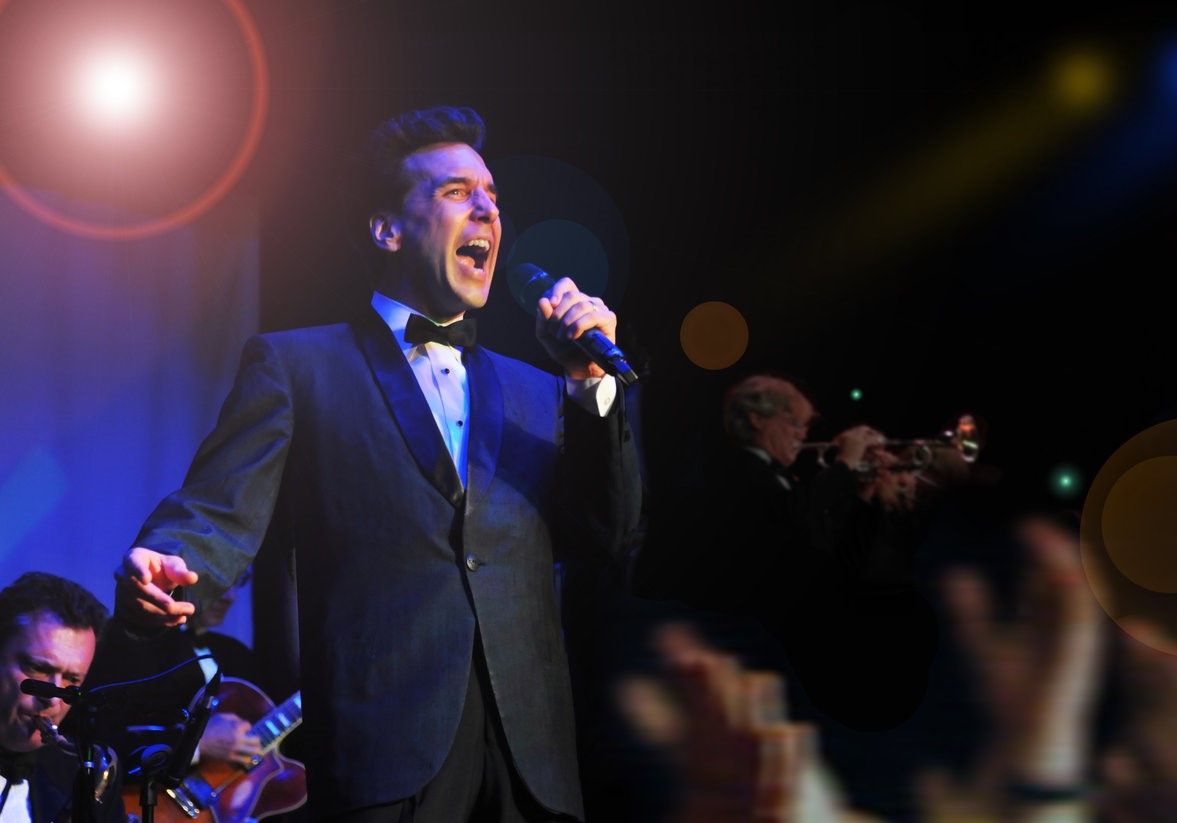 The football field at Holy Trinity Episcopal Academy’s Kelly Stadium (Pineda Campus) will transform into an outdoor amphitheater when big band crooner Michael Andrew comes to town on Saturday, February 26, 2022. Joined by the Brevard Symphony Orchestra, Andrew will pay tribute to American legend Frank Sinatra’s greatest hits during An Evening of Elegance: Symphony and Sinatra. You won’t want to miss this exciting night of music under the stars!

Proceeds will support Holy Trinity's Performing Arts program.
Holy Trinity is a 501c (3) and does not receive financial support from local, state or federal funds nor the financial support of the diocese. Gifts, contributions and events like Evening of Elegance help support our mission.
Tickets and sponsorships are available now.
For any questions, please contact Lindsay Stazzone: 321-723-8323, ext. 366.

In the event of inclement weather, the event will take place indoors at The Scott Center for Worship and the Performing Arts.